Migration Increases in the First Four Months of This Year

Immigration reached a record high in the first four months of this year, and emigration also increased.
It was the inclusion in the administration of the Syrian population that caused the increase.
This is clear from the latest figures – provisional – by country of birth that Statistics Netherlands published today.

It was the Syrians who caused the rise. The number of official immigrants from this country of birth increased from 1,700 to 6,300, or more than 4,600. The fact that the number of immigrants has increased does not mean that more asylum seekers from this country have now come here. An asylum seeker is not registered in the population register until after obtaining a residence permit or after six months of proceedings. You are only officially an immigrant if you are registered.

The majority of these 6,300 are asylum seekers who applied for asylum last year and received a residence permit this year – and are therefore no longer asylum seekers.
The number of first asylum applications (i.e. asylum seekers who come here spontaneously) increased from 1,500 to 930 in the first four months. ) from more than 500 to nearly 1,500.

Mixing the asylum seeker with the asylum migrant will create confusion. The increase in immigration in the first four months of this year is due to asylum seekers who came to our country last year. Of course, this also applies to naked travel.

There are no provisional figures for Eritreans. From all over Africa: immi was 4,400 this year, 300 more than last year. The emi increased from 300 to 2500, which means that the balance remained the same at just under 2000.

Immigrants from all EU countries (excluding the Netherlands) fell from 1,350 to 22,250. This is mainly due to the decrease in the number of Bulgarian and Romanian immigrants from almost 1,000 to 2,500. Immi from other Eastern European countries has remained about the same.

The EU-27 balance fell from almost 2,400 to 7,500. This is partly due to the B-R. Their pay is only 800, or 2,000.
In the Netherlands, there were almost 8,000 immigrants (i.e. people returning) and this was the case last year. The emi increased slightly by 350 to almost 13,000, resulting in a balance of -5,000. I write the country of birth in the Netherlands, and for good reason, because it includes both natives and second generation immigrants. In recent years, second-generation net emigration has been higher than that of native Dutch.
So far at the beginning. Depending on the interest, I also discuss some countries such as Poland, Morocco and Turkey and I also add some tables. 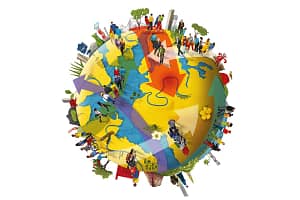